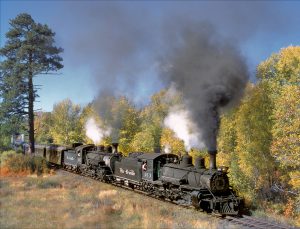 Kate, Ian S and Erica made the following announcements:

Arrangements will be made to allow members of our club to enter the NEMPF 2017 competition. Images from the 2016 competition can be viewed at the NEMPF exhibition at: Patchings Art Centre, Calverton between 7 Jan 2017 & 19th Feb 2017.

Rules for the 2017 competition are posted on our website under the following link: http://www.hopevalleyphotosociety.co.uk/?page_id=1709 these rules will be displayed in the first line of our website’s menu bar until the date of handing in competition entries.

The next meeting on Nov 10th will be 5 Pictures on a Theme – These will be images taken by members, following the theme shown above. The five pictures must be related to each other in some way. Please give the set of five images a Title.   We want the authors to remain anonymous so please do not put your name on the filename, just the order you would like them projected and then the title. e.g. (a) Autumn in Castleton, (b) Winter in the Hope Valley., etc.

Kate, Ann and Jason (or their nominees) will make comments on the images. After all the sets have been shown Kate will reveal the names of the authors who will be invited to tell us something about the pictures if they wish to do so.   Submit digital files (not prints) to Keith either on memory stick, CD or by email (Max 1 mb per image) keithbrownfrps@btinternet.com. If this is not possible please bring your images on the night with each image filename correctly annotated as above. If you have any questions please contact Keith by email or phone – 01433 621072.

Ian S announced that the next informal meeting of members will be held at the Angler’s Rest Bamford on the evening of 15th November. The theme will be ‘Creative lighting’. Click on this link if you’d like to see images from the last informal meeting: http://www.hopevalleyphotosociety.co.uk/?p=1693

Erica gave details of the Christmas dinner, to be held at The Rising Sun on 8th December – members and their partners are eligible to celebrate this party – please send Erica your orders by or on 10th November, as Erica needs to send orders to the Rising Sun by November 11th. (Note from Ian O – I’ll pop the full details onto the website in the near future.)

Les Nixon DPAGB BPE4* then entertained us to his presentation entitled: ‘A Golden Ticket – 11,000 miles in 6 weeks’.

The surprise (for me – and others) being that all of these images were all transparencies (shown on a 25 year-old projector) taken 52 years ago, when Les and his wife drove an incredible 11,000 miles around the USA in a hire car. Les & his wife made their epic drive around the States in summer 1964, starting and finishing at New York, visiting a huge number of national monuments and national parks en-route. Les told us that when the agent for the car hire company checked the hire car’s mileage on return of the hire car, he nearly passed out!

Sadly I can’t show you my favourite picture, taken by Les at 0600 from a tent in Monument Valley, at the height of a storm. Two lightening strikes fell each side of a mesa, with low glowering clouds lit by the lightening, and the mesas silhouetted against the stormy sky. A testament to Les’s skills are that he took this using Kodak 25 ASA film – I doubt that given 100 attempts on my modern digital camera I could have produced an image with 5% of the quality or visual impact of Les’s image.

A good turnout as usual with members and guests alike braving the violent thunderstorm and spouting drains to look at ‘Filling the frame’ images for the evening. Pretty much everybody enjoyed devouring the pizzas available from the travelling pizza oven, even those who turned up later could not avoid eating one.

The evening was split into two halves as usual looking at a range of photographs from the club’s members Alison, Janis, Ian S, Sue, Nick and David and the opportunity to offer critique, a useful tool to see how images could be shown differently.

There was the usual vote to select the next theme; after some discussion and modification the next meeting’s theme is to be: ‘Using light in the image’. This could be flash, natural light or any other way in which the author could use light to enhance their image.

All society members and their guests are welcome to join in this low key, fun evening over a pizza and a drink accompanied by lovely images and general banter and gossip.