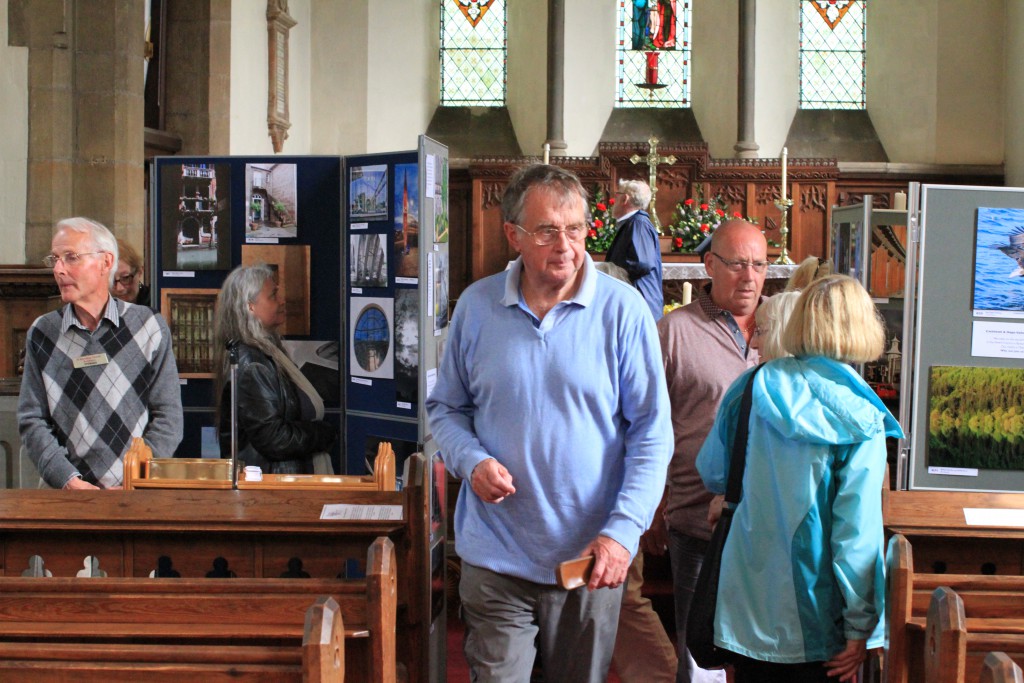 Ray Fowler, assisted by Keith Brown worked hard to mount all 91 of our ‘annual competition’ images, then labeled, mounted on stands  and transported the competition images to St Barnabas Church, Bradwell, in time for Bradwell’s Wakes Week festivities on August 1st 2015. I’d printed out voting slips and was encouraging members of the public, who were visiting the church, to give their votes for the Architectural and General image they liked most. 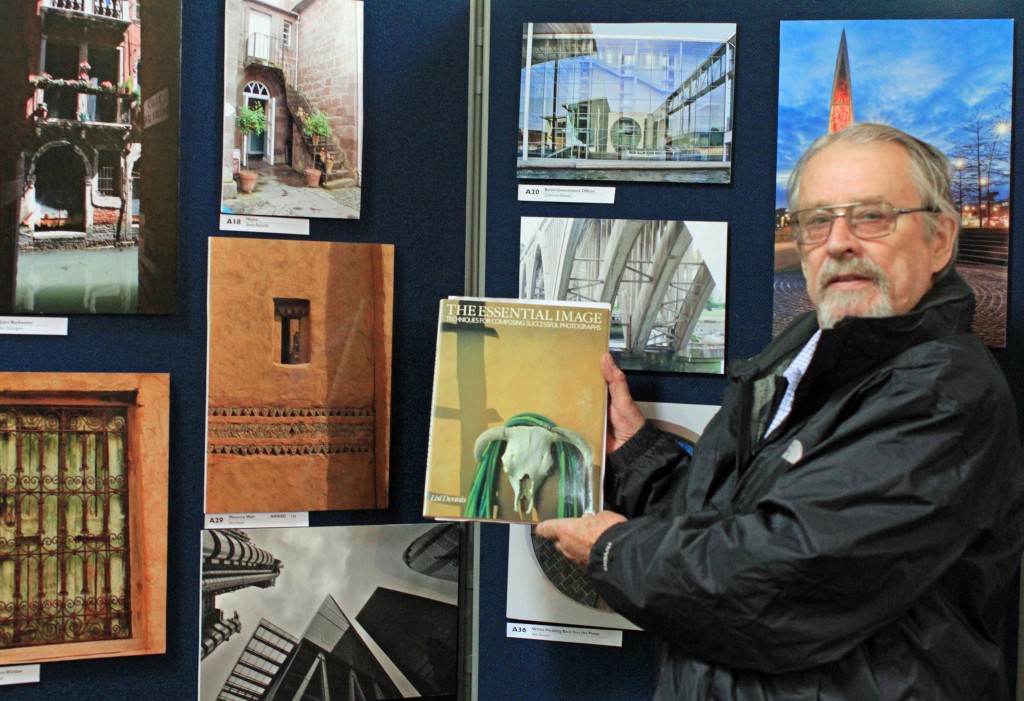 his neck, and asked him if he’d like to cast his votes. The gentleman said “No. I’ve already voted.” This confused me, as I hadn’t seen the gentleman cast his votes. Then all became clear when he said “I was the person who judged your annual competition.” It transpires that this was Peter Yeo, FRPS, DGAGB, APAGB! Peter has travelled all the way from Gainsborough, Lincs, to view our exhibits, take some photographs of the beautiful Peak District AND give his own personal prize to Ann Smith, who won our best image in the General class. Ann was’t at the church, so the first that Ann knows that Peter visited and gave her a prize will be when she reads this web-post!