Summer has arrived in the Hope Valley, which for once gave us an opportunity to conduct our meeting with the doors open. Ann, our Vice Chair conducted the meeting, stepping in for our Chair Kate, who had to stay in hospital overnight, following treatment earlier that day. 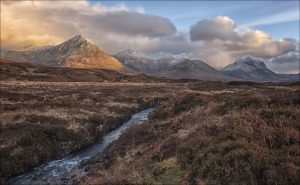 Guest Speaker. Our guest speaker was Peter Yeo FRPS, DPAGB, APAGB, and last year’s judge for our annual competition. I’ve popped an account of Peter’s inspiring presentation and some of his images within the body of this web post.

Digital images of 2016 competition images. The majority of members haven’t emailed me the three images they have entered into this year’s competition. Please email me digital un-compressed  images, one at a time, to iangord@icloud.com. These images will only be used inside the club and will not be distributed elsewhere unless they have been heavily compressed (to prevent unauthorised copying/use).

Whatever the Weather. Chris(tine) has agreed to hold another Whatever the Weather event at our house and garden (set at the foot of Lose Hill) some time in mid August. The event is primarily an opportunity for members and their families (including children) to have fun and socialise. There’ll be snacks and cakes, soft drinks and games for the children (or those who are still young at heart). Further details will be emailed to members, via Ann.

2016 Exhibition. As per previous years, when we exhibit our competition images we will need stewards. This year our exhibition will be at St Peter’s Church, Hope, during Wakes Week. I’ll send further details to Ann, who will email them to all members. So have a look in your diaries to see if you have any free time between June 25th to July 2nd to act as a steward, for two-hour slots, 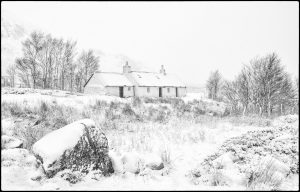 Ian Stanyon made a number of announcements:

I’ve been following Peter and his work, via the web, and know how popular Peter’s presentation ‘Everything is connected’ is and has been. Thus I had some insight into what to expect, as I knew that Peter is an innovative and talented photographer. Peter’s presentation was through the medium of A3 sized prints – all printed on Fotospeed paper (as Peter is also a Fotospeed sponsored lecturer).

The first part of Peter’s presentation mainly consisted of monochrome prints, with the second half mainly being in colour prints. I’ve attached some example of Peter’s work within this web post.

I already knew that Peter was a creative photographer/ What I hadn’t known is that Peter is also a talented speaker, full of humour and insightful explanations, as he presented his prints.

There were at least four aspects of Peter’s photography, which captivated me (echoing the numerous photographic honours Peter has  been awarded): 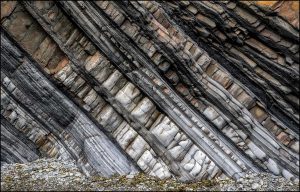 In-depth details of the announcements Ian Stanyon made:

Ian is willing to organise the Sheffield Grand Prix evening, which from previous experience is a great evening.  Watching the races from different locations around the circuit, the opportunity to experiment with multiple passes and plenty of chances to enjoy a bite to eat and /or have a sociable drink.

An option is for members to come into Sheffield by bus or train and we can meet up at a suitable location.  There would be no limit on number but Ian said that it would be helpful to know who would be attending and possibly contact numbers? Thus either phone or email Ian (Ian’s contact details are shown in our 2016 programme).

A talk by the landscape photographer Colin Prior   November 16th, Wednesday 7.30 pm at Pavilion Arts Centre, Buxton Opera House, Buxton. www.Buxtonadventurefestival.co.uk   Members should book independently.  However, if people did go we could arrange shared lifts and a beer? Tickets 17.50 / £12.50 (concessions). Again contact Ian by phone or email.

Colin Prior is one of the world’s great landscape photographers, capturing vast sweeping panoramas from around the globe. He has been the subject of a BBC1 documentary, titled Mountain Man (2015), which covered a four-year project to document Pakistan’s Karakoram Mountains. And he travelled more than a million miles to 40 different countries to capture some of the world’s most dramatic landscapes as part of a British Airways commission. Colin pioneered the use of panoramic photography for clients in the travel, lifestyle and leisure sectors in the 90’s and has since published seven photographic books, frequently focusing on the Scottish Highlands.