Chill winds and bitterly cold Hope Valley weather greeted members as they assembled for our 13th AGM on 12th January 2017. We remembered that our 89 year old founder member and President, Peter Harrison, passed away last year. Our new President, Ray Fowler, formally appointed at this AGM, is assembling a digital record of the best of the 6,000+ transparency images Peter snapped. A fitting historical record of Peter’s work, who was (amongst other offices) was also the President of Castleton’s Historical Society.

2016 was the second year that Kate Brown has presided as Chairman of C&HVPS. Kate’s a talented photographer and has steered our photo society with significant skill over the past 12 months – despite the fact that Kate is suffering a challenging illness. Ann Smith, formally took the reins of office as Kate handed over to our 14th Chairman. Ann has a bubbly personality and her past photographic presentations to members have always been interesting, illuminating and fun!

Keith Brown takes notes as hands are raised in favour of Ann being our Chairman  for 2017:

Then ‘prize-giving’ time, as President Ray presents certificates to the winners of our 2016 Annual Competition (only some of the winners are shown below): 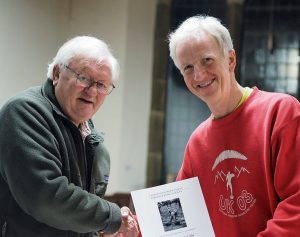 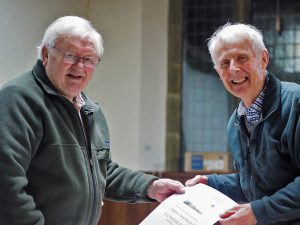 Following the formalities Ann gave us a presentation of the images she’d taken during December 2106. A tricky ask, as Ann took a photo every day; but December proved to be full of mist and rain. Here’s three of the images from the many images Ann present that evening: 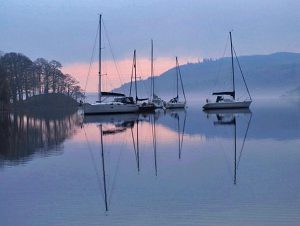